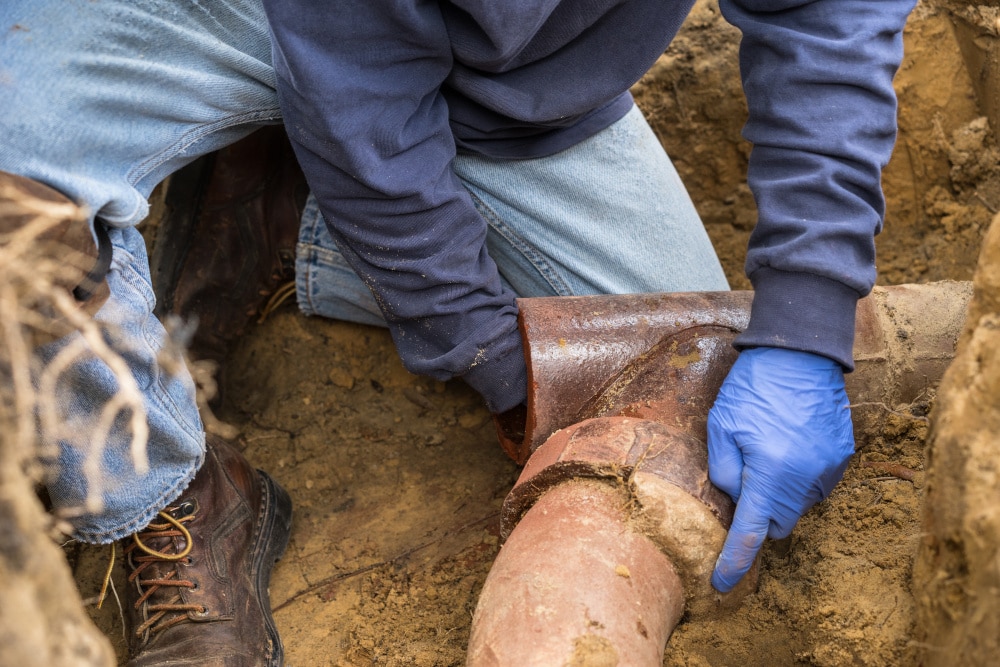 Following our previous post on how to clear a blocked bottle trap, we have received some questions on the different types of traps and gullies are and what their function is in the overall drainage system. As you can see below they play a very important part in the drainage system and also help to keep us safe.

What is a drain trap / gully?

A drain trap or gully is used to connect the pipe from your home into an underground drainage system. The aim of the drain trap is to allow waste to go down the drainage system, whilst preventing harmful insects, vermin and sewer gases from entering the property by going back up the pipe.  They are designed to discharge surface water, either rainwater or grey waste – namely waste from your kitchen, toilet or bathroom, including dishwashers, washing machines, sinks, baths, showers and toilets.

The two most common gullies work on a similar principle, waste water flows down the body of the gully then out and back up through a higher outlet.

This leaves some water in the gully to act as a water seal and prevent the sewer gas from coming back up. These gases can include methane, carbon monoxides and sulphide which are unsafe to health and can even be fatal.

What is the difference between a P gully trap and a Bottle trap gully?

The two main types of gully trap are the P trap and the bottle trap.

The P trap gets its name from its shape. It is a plumbing fixture where water runs into an opening called a gully hopper, this leads to a pipe that curves at the bottom and goes back upwards before joining the main underground drainage system. This can make it look a little like a letter P, though there are similar traps in Q and S shapes depending on how the drainage system connects, though they work on a similar principle.

The idea is that the P creates a space to trap water which forms a barrier to prevent smells and gasses from escaping inside the pipe. The main problem with these is due to their shape it is impossible to clear through drain rodding as the rods will be unable to get past the sharp bend in the pipe. Instead we would recommend contacting a drainage specialist who can clear the pipe using electro-mechanical pipe cleaning.

It is also possible with an S or Q trap that a large volume of water can move through the pipe with such suction that it could particularly empty or even empty the trap section – meaning the water seal is broken and gases could potentially rise into the fixture. However a P trap has a horizontal arm which slows the flow of water down enough for this to be prevented.

Other names for the P trap include S trap, Q trap and U-bend.

The bottle trap gully is different, it does not trap water in a curved section, instead it uses a bottle shape with an inner sleeve. Water drops down the centre of the trap and then it is forced up between the sleeve and side of the bottle trap to the outlet waste pipe where it can flow into the drainage system. This type of trap is commonly used under bathroom and kitchen sinks.

The key difference is that these drains are ridable and also the central chamber within the trap is removable, making it easier to clean the bottle gully trap over a p trap – you can find out how to do so here.

There are some other types of traps which can be seen in a drainage system. Most commonly grease traps and intercepting traps.

An intercepting trap is provided further along the drainage system by the interceptor chamber which intercepts a building sewer and a public sewer. Again it has a similar function with the aim of preventing gases from public sewers ending up in the building sewer systems that are connected to it.

Another type of trap which is sometimes used in older properties is a drum trap which is used to connect to bathtub drains. They are usually made of cast iron, lead or occasionally brass with a screw top and bottom. The large amount of water from the bathtub enters into the bottom of the trap and exits near the top, so waste water fills the trap and creates the water plug before flowing out. Unfortunately unlike a bottle trap they are very hard to clean with rodding and debris can settle and collect in the trap, causing blockages.

If you are having a problem with a blocked drain, potentially caused by a blocked trap or gully then it may be a good idea to speak to a drainage professional.

Argo Drains has over 25 years experience in the plumbing, drainage and sanitation industries. We provide our services from our bases in Lichfield and Stoke on Trent to domestic and commercial clients throughout the area. If you would like to find out more, or require emergency durian unblocking and repair, then speak to us on our 24/7 emergency helpline by calling  0121 663 6683. Alternatively, fill in our short enquiry form and we will get back to you.

previous
Can blocked drains cause subsidence?